Curaçao's 130,000 people spell the island Kursow, a Papiamentu word, indicating a strong cultural sensibility. While Curaçao was a member of the Netherlands Antilles (till 10 October 2010, when the Netherlands Antilles was dissolved), but has strong ties with Holland, the island is more African and cosmopolitan, more Caribbean, in its culture than many. The society has strong ties to its African memories through language, music, and dance.

One of Curaçao's strongest manifestations of its African past is "tambu", an ancient form of music and dance. Slaves carried the traditional, rhythmic structure of the form from Africa and passed it along, by ear, from generation to generation. Drumming is the foundation of tambu, and the first instruments used by slaves in Curaçao were farm implements. Later they converted small, hollow cargo containers covered with dried goatslun into drums.

Accompanying the rhythm is a form of dancing called "baila ban" (dance the drum) where partners never touch each other but move their hips and bodies to the rhythm while leaving the feet in place. Despite being banned by slave masters, and later by the Catholic church, the dance has survived. Today you'll see tambu drumming and dancing at cultural festivals, at Carnival time, and at folklore performances around the island. An annual Festival of Tambu gathers musicians from around the island, where they compete to have their song selected as a road march for Carnival.

Other musical instruments with their roots in Africa have found homes on Curaçao. The "bastel" is a horn made from, literally, a cow horn. The "chapi" is played with a hoe and long metal rod, like a nail. The "karko" is a conch shell, drilled and used as a horn. The "benta" is a twig from the local "karawara" bush, fastened at either end with string, and bent to form a bow. The bow is placed in the mouth and the player taps the string, creating a twang, sort of like a Jew's harp. This instrument is often used in a twangy musical form called "zumbi", which refers to zombies. This points out another aspect of Curaçao culture the archaic, spirit-based religions that remain strong among all people of the Caribbean of African descent.

Along with African-based dances, Curaçaons have adapted the European music and dances of the colonials and made them their own. The French quadrille, waltzes, and polkas have embraced the syncretic jolt from Africa and are now performed with a rhythm that Peter Stuyvesant would never recognize. 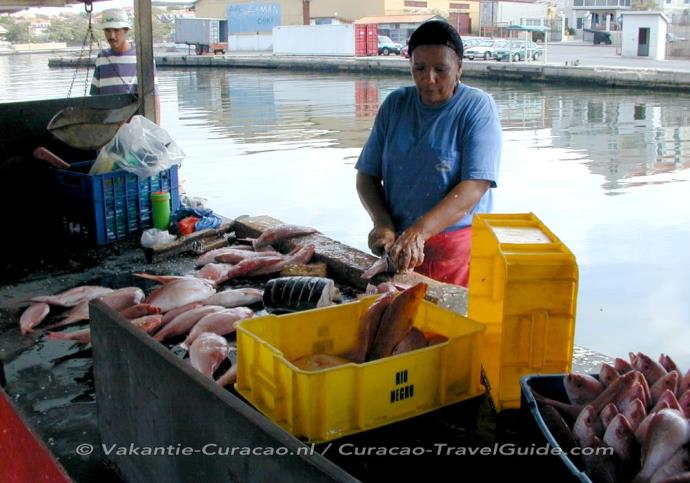