Cactus: If there's one word that describes Curaçao's most prevalent plant, it's cactus, and the island hosts hundreds of species. The towering Kadushi Cactus is more like a multi-trunk tree with thousands of needles. The Yatu Cactus is also tall, sometimes as much as 30 feet, but has fewer needles, and is often used to make fences. You'll find both these species in abundance all over the island, in places so tall they fall over from their own weight.

The prickly Curaçao, Curaçao, and many others, some as small as a pebble, are prevalent all over the island. Acacia bushes, scraggly trees with small green leaves and long, hard thorns, are also numerous, as is Aloe Vera, with its pale green, waxy leaves.

The island is also home to the Divi Divi Tree, the famous leaning tree of the ABC Islands that looks like a cartoon rendition of a stretched tree bowing to an audience. Indeed, the tree is bent by years of exposure to the trade winds that blow from east to west across the island. Por that reason, the tree always "points" to the west.

The island is subtropical and semiarid, and as such has not supported the numerous tropical species of mammals, birds, and lizards most often associated with rainforests. But birders will not be disappointed by the dozens of species of hummingbirds, bananaquits, orioles, and the larger terns, herons, egrets, and even flamingos that make their homes near ponds or in coastal areas. The trupial, a black bird with a bright orange underbelly and white swatches on its wings, is common to the island and to Curaçao. The Mockingbird, called Chuchubi in Papiamentu, resembles the North American mockingbird, with a long white-gray tail and a gray back. Near the shore, note the big-billed brown pelicans that dive, straight down like dead weight, into the ocean after fish. Other seabirds include several types of gulls and large cormorants.

Of mammals, other than some field mice, small rabbits, and cave bats, Curaçao's most notable animal is the white-tailed deer. This deer is related to the American white-tailed deer, or Virginia deer, found in spots from North America through Central America and the Caribbean, and as far south as Bolivia. It can be a large deer, some reaching six feet (two meters) in length and three feet (one meter) in height, and weighing as much as 300 pounds (136 kg). In Curaçao you'll be able to identify it by its long tail with a white underside, and because it's the only deer you'll see on the island. It is a protected species (since 1926), and an estimated 200 live on Curaçao. They're found in many parts of the island, but most notably at the west end's Christoffel Park, where about 70% of the herd resides. Archaeologists believe that the deer was brought from South America to Curaçao by its original inhabitants, the Arawaks.

You'll also find several species of iguana, light green in color with shimmering shades of aqua along the belly and sides, lounging in the sun here and there. The iguanas found on Curaçao are not only nice to look at, but, unlike many islands that gave up the practice years ago, remain fodder for the dinner table. Along the west end of the island's north shore are several inlets that have become home to breeding sea turtles. These turtles are protected by the park system in Shete Boka Park, and you can visit the moms-to-be in the mornings, accompanied by park rangers. 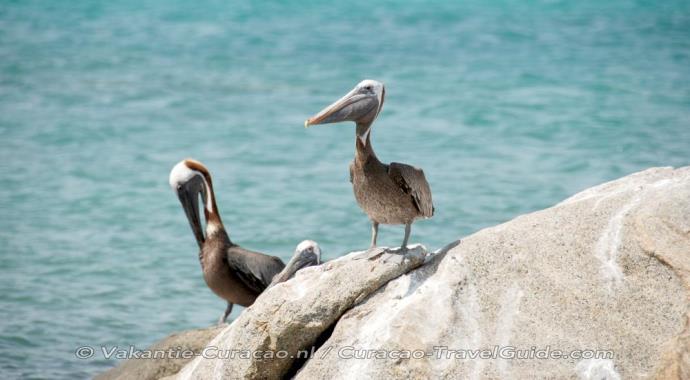 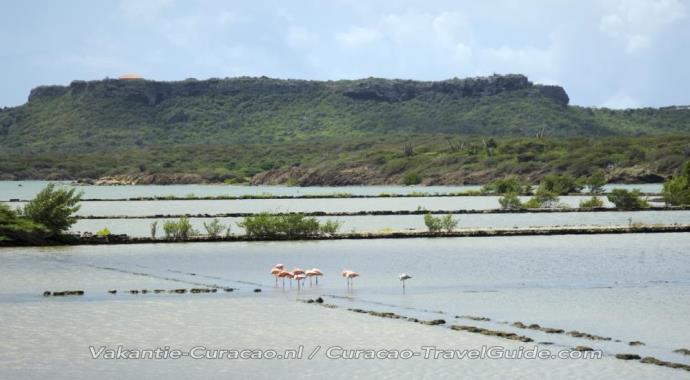